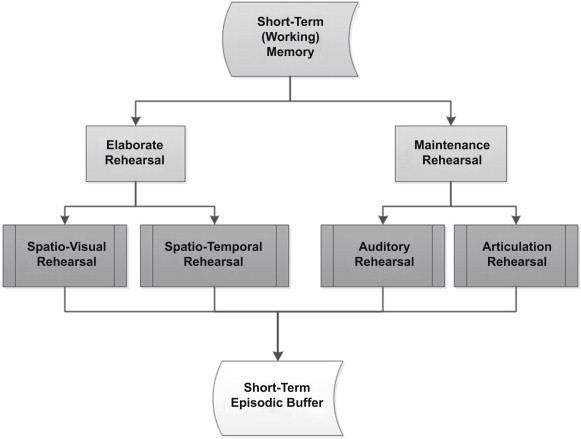 The THC in Marijuana has been known to have effects on the human brain specifically Short Term Memory loss and the ability to learn while high on medical marijuana from smoking it or consuming it through foods known as edibles. Delta-9-tetrohydrocannabinol aka THC is the active chemical in marijuana or cannabis that affects the nerve cells in the part of the brain where memories are formed. This makes it hard for the user to recall recent events (such as what happened a few minutes ago). It is hard to learn new tasks or to retain any information while high – a working short-term memory is required for learning and performing tasks that call for more than one or two steps.

How THC effects short term memory in the brain

The active ingredient in marijuana is delta-9-tetrohydrocannabinol, commonly referred to as THC. THC binds to and activates specific receptors in the brain, known as cannabinoid receptors. When these receptors are activated, THC interferes with the normal functioning of various areas of the brain, including the cerebellum, part of the brain responsible for balance, posture, and coordination of movement, and the hippocampus, which is involved with memory formation. As a result, individuals under the influence of marijuana may experience impairment in motor control and compromised short-term memory. In the intoxicated state, memory is often selectively impaired in a dose-dependent fashion similar to alcohol. Marijuana also affects receptors in the cerebral cortex that are responsible for sensory perception, which can cause users to experience altered sensory experiences in areas such as touch, sight, hearing, taste, and smell. It can cause distorted perception, impaired coordination, difficulty in thinking and problem solving, and problems with learning and short-term memory. The immediate effects of marijuana intoxication on an individual are commonly accepted and are generally undisputed. However, the long-term effects have received a great deal of debate, as scientific research has yielded contradictory results.

Physical effects of marijuana on short term memory and the brain

In response to many negative claims against marijuana use, Morgan and Zimmer (1991) compiled existing literature and data into a single document in order to discredit what they felt were widespread myths about the drug. One of these myths was that marijuana damages brain cells, and that this damage causes memory loss, cognitive impairment, and learning difficulties. They report that this claim is based on a study by Heath et. al (1980), in which structural changes in several regions of the brain were found in two rhesus monkeys exposed to THC, the active chemical in marijuana. These changes occurred primarily in the hippocampus, the area of the brain known to play an important role in learning and memory, which suggested that exposure to THC in humans would yield similar negative results. However, according to Morgan and Zimmer, in order to achieve these damaging results, doses of up to 200 times the psychoactive dose in humans would have to be given. Even studies in which subjects were given 100 times the human dose failed to cause any structural impairment of the brain. Additionally, in a more recent study of rhesus monkeys by Slikker et. al (1992), in which the monkeys were exposed to the equivalent of 4-5 joints per day through face-mask inhalation for an entire year, seven months later there was no observed change in hippocampal structure, cell size, cell number, or synaptic configuration. As a result of these studies, Morgan and Zimmer concluded that the claim that marijuana causes physiological damage to brain cells is incorrect. A study by Block et. al (1999) yielded similar results, finding that “frequent marijuana use does not produce clinically apparent MRI abnormalities or detectable global or regional changes in brain tissue volumes of gray or white matter, or both combined”. However, the study notes that anatomical abnormalities could occur at a microscopic level that cannot be measured by an MRI, so the true results of the study remain somewhat unclear. Despite this, Morgan and Zimmer acknowledge that there is evidence that marijuana, especially in high doses, can interfere with users’ ability to transfer new information into long-term memory. Thus, although while under the influence of marijuana, learning is less efficient, there is no evidence that marijuana users suffer permanent structural impairment or short term memory loss from getting high.