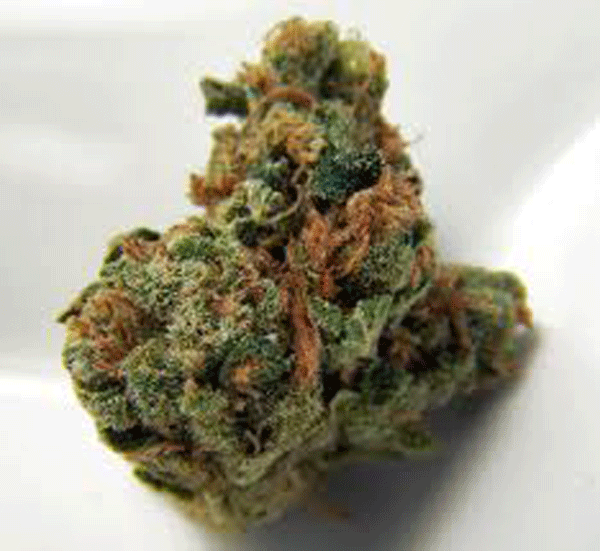 Previously called Soma Skunk V+, this variety was renamed Buddha’s Sister to suit her tendincies and advance her appeal to Amsterdam coffeeshops. What’s in a name ? Directly after this deliciously good weed acquired a more intriguing name, she regularly sold out at the coffeeshops, and remains on of the best selling weeds available at De Dampkring.

This botanical sibling of Siddartha is tall and lanky. In the cross with Afghani Hawaiian, she has gained considerably in yield, but has lost some of the sweetness of her other half, the Reclining Buddha. Buddha’s Sister has a flavor like a tart cherry, and the scent is similarly tart. The buds have a slippery, silky feel, which means and abundance of greasy resin to transform into fantastic hash. She even gives a lot of finger hash that you won’t want to wash away after groomi plants. As with all of Soma’s varieties, Buddha’s Sister is medicinal quality cannabis, therapeutic for many conditions.

A mostly-indica variety, Buddha’s Sister tends to make lots of side branches, so she is better to grow as a multi-branch plant instead of in a sea of green. She will thrive using a sea of green method with some attentiveness. This varoety does well hydroponically, but Soma’s totally organic soil methods also deliver great results.